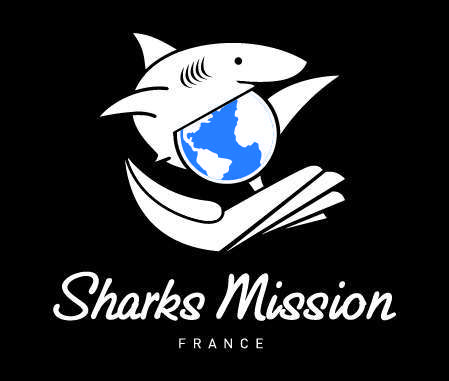 To meet, to discover, to protect

Whether to face the fear of the unknown in order to get rid of it, or simply by an irrepressible desire to (re) discover, shark diving is more and more democratized. With fascination and sometimes apprehension, some dare it. However, as attractive as it is, this practice requires adequate behavior and a primary respect on the part of the diver towards both the environment and the animal. Improvisation has no place. To satisfy the demand, organized trips are planned by different organizations and allow divers to have both theorical training and supervision. Between envy, choice, and action, immersion in the other world.

Before taking the plunge, the information Information about sharks’ behavior is necessary and precedes the dive. Sharks Mission France has published a brochure on this subject. It offers to discover twelve tips to behave better during the meeting ( voluntary encounter or not). Because if the adventure is tempting, the immersion is done in an environment that is not ours and that requires respect and precaution. Thus, although this do not guarantee a security or an absence of total risk due to the unpredictability of the environment, it is important to be aware of it. This, in order to have a pleasant experience that does not disturb the natural behavior of the fauna encountered, but also to avoid exposing oneself to a danger that could have been avoided. These various tips cover the pre-immersive period, which is used for organizational purposes, then the dive itself, before the final stage of the surfacing.

Be a part of a residence

Many organizations and specialists propose divers to meet sharks, but not only. In addition to practice, some also gives theoretical training. This is the case of Shark Education. One can learn, for example, to interpret the behavior of the animal. All the knowledge and experience gained then, allows the adoption of good behavior and a good approach when diving. In this context, and in full awareness of the possible interactions with the sharks, they often have their perception of this animal turned upside down. Touched and changed by the moments they lived, some begins (or continue) to protect them, and to share what they discovered and experimented. Xavier du Couëdic is one of them, N3 FFESSM, confirmed Nitrox, he has been diving for 20 years. His meeting with Steven Surina (diving instructor, founder and head of Shark Education) on a BDE cruise to Egypt after him, was a trigger. «  Since I met him, I have a visceral need to put on my neoprene every 3 or 4 months to try to better know our oceans. The way Shark Education approaches shark diving not as a passive human visit but as a real interaction between man and animal is true at every dive. Sharks are sometimes curious, sometimes fearful, sometimes inquisitive, but during the 200 shark dives I was able to do, I never met an aggressive shark. Since then, I have conveyed the ‘good word’ as soon as I have the opportunity, for example by replacing internal meetings in my company with a broadcast of a report on sharks or by a conference Shark Education that I distilled to my teams, or by organizing with my daughters familiarization sessions for their friends », he confides. It is also the case of Patrick Metzlé, casting director and commercials producer. A diving enthusiast, who  participated in several « shark diving » seminars. These experiences made him realize the importance of protecting this species, and making them better known. It was during a trip to South Africa, with Steven, that the Legacy documentary project was born. « Nine months later, we presented the first pilot episode shot in Egypt ‘The Lord of the Sea’, on the Longiman shark, at the diving fair », he adds. « We love what has amazed us, and we protect what we love », said Cousteau. A quote that applies to these people mentioned above, changed by their unique encounter. To share this experience, divers can become ambassadors of sharks. Become, in fact, a voice for them and have a real impact. Because the mere fact of speaking begins a process of demystification and information. This is one of the main missions of Sharks Mission France. If fear and ignorance lead to hatred; conversely, awareness, knowledge enhancement, and concrete action lead to lasting positive change. In addition to this personal citizen action, SMF offers a « Pro-Responsible Shark sign » charter. This allows different organizations and brands (restaurants, cosmetics brands, fishmongers, super or hypermarkets …), to show customers and prospects their commitment not to sell shark products. An important step to protect the animal.

To participate : One only needs to sign a personalized contract.

SMF will then give a sticker and an explanatory poster for the structure to display.